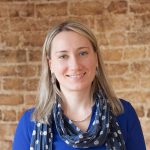 Apple search ads – is this the future of mobile advertising?

In October 2016 Apple launched its Search Ads, a new feature in the in-app world that allows developers to promote their applications on iOS App Store search results.

The fact that there are more mobile users than desktops does not surprise marketers anymore. In addition, the number of mobile applications and games is constantly increasing. According to Statista; in January 2016 there were over 50,000 applications and almost 20,000 games available on iTunes. Only in June, this number has raised to over 2 million.

With such a rapid growth of mobile games and apps, you need to work harder to get your app visible and to be found among all others. You need to develop a digital marketing strategy that will reach the right audience and beat competitors. But how can you do this and how can new App Search Ads play a key area in your mobile advertising?
Well, Apple Search Ads seems to be a good solution that focuses more on relevancy and user privacy than other mobile advertising options, for example,

It allows you to specify on which device type (iPhone or iPad or both) an advert will be displayed. It is more beneficial when you develop for the particular iOS device type. This categorisation will also increase your ads effectiveness, conversion rate and provide a better user experience.

It will show the ads based on searched term relevancy, which helps developers (or marketers) better reach the right audience.

Using demographics factor and geo targeting which enables you to set up your investment in the desired group of people who are more likely to convert.

In web app development we can still notice an exceeding number of downloads on Android devices compared to iOS devices. However, when it comes to advertising, we should have a look at the profitability.

So which is more cost effective Google or Apple? Where we can generate more revenue and conversions?

At ‘Integrated Live’, the digital marketing event which took place in November 2016 in London, Rory Mudie from Redboxmobile explained the benefits of the new Apple advertising feature.

He presented a comparison of conversions and average acquisition cost from the app adverts on Google and Apple.

Interestingly, according to Redboxmobile, Apple generated over 46% of conversion rate, whereas Google barely 3%.

When it comes to a comparison of the average cost per acquisition, Apple’s campaign performed much better with lower cost of $1.04 versus $59.18 in Google.
Looking at these stats, we could say that advertising apps on iOS platform is much more favourable and profitable.

ASO is the app SEO strategy, which also includes mobile advertising through paid digital campaigns. The new Apple advertising tool might play a crucial part in improving iOS app visibility and at the same time it might help to monitor and improve the app search performance.

At the moment the Apple Search Ads look promising, however it’s only available in the US. When it’s accessible in Europe and other countries, it might be one of the most effective advertising ways in the app world in 2017.

How to take your job posting further