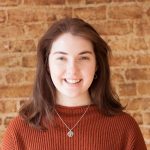 When women work in roles that are viewed as non-traditional, it can still sometimes be considered as unusual. The underlying belief surrounding gender-specific roles in the past is now changing, and women in job roles such as Construction and Engineering are becoming more known. However, recruitment in such industries can still be challenging.

Attracting and recruiting women into male-influenced industries is difficult. However, the talent is out there amongst women, and you just need to identify what you may be doing currently that isn’t reaching all the candidates you want to find. Here are some things to look at:

Steps to Overcome the Challenges

Educating your candidates about the company they are applying to will eliminate the unconscious mindset that people may have about the industry. Make diversity a priority in your recruitment campaign and spent the time to communicate more to the candidate audience that may hesitate to apply for a position in a male-viewed industry.

Branding and marketing can change anybody’s perspective on a company, and that’s why it’s important to re-evaluate when it comes to showing your image.

The trade industries are now re-thinking their marketing strategies to be in-line with the modern talent market. They are doing this with targeted campaigns. Many companies are shifting terminology and using imagery showing women actively working in jobs to change people’s viewpoint on stereotypically-viewed industries. These simple and obvious changes can play a significant role in redefining the company and their recruitment strategy.

Another way to recruit women is to investigate what their acquisition channel could be. Think about the places and events they may attend. For example, using channels like YouTube to funnel your advertising to different topics that appeal more to women.

Many job adverts don’t highlight the benefits of the company and the job role. Benefits can present interest to different demographics, attracting them to the job. When it comes to recruiting women and most of the modern candidate market, flexible working is a top attraction. Whether the opportunity is to work from home, work preferential hours or have a compromise about working from home now and again when needed, it would be good to mention this in the job advert. Many women with families find this an amazing work benefit. Being upfront about what the company you are recruiting for can offer in regards to flexibility will attract way more people. Recruitment campaigns always include targets and goals. Nowadays, companies are becoming more aware that their hiring process needs to become broader in who they want to reach, which means they are starting to apply this target to their job advertising. For example, G4S Security approached Wave with numerous targets and goals they wanted to achieve in their recruitment campaign. We were asked to run a 3-month campaign with one of the main objectives being to attract more female applicants to the security job roles. They noticed that previously they didn’t receive enough attraction from this demographic, which prompted them to push this in their campaign.

We created two stories to appeal to both experienced and inexperienced candidates through programmatic marketing. This included an interactive video and a dedicated campaign site. One of the main aspects of the interactive video was to have two journeys to encapsulate the variance of job roles, gender and experience of a possible G4S employee. The user would switch between the two videos, one being from a male perspective and one from a female’s. Based on the video they viewed the most, they would then be shown relevant content before being asked to fill in the application form. Their information was then submitted to the G4S recruitment team.

After 9 weeks, we had generated 5,630 applications for the role, with 20% of them being female.

With every industry now examining the way in which they approach recruitment, attracting and recruiting women into previously male-dominated roles is a top priority.